Read a message from Sensei 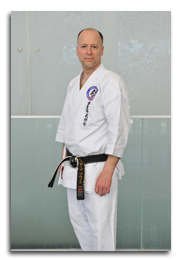 Troy J. Price began his training in Karatedo and Kobudo in 1982 at the Columbia School of Karatedo in West Columbia, SC, under the direction of Hanshi Ridgely Abele. In 1985 he began studying Ju-Jutsu along with his Karatedo training. In 1997 he began studying Baguazhang and Qigong, then in 1999 began his study of Taijiquan and Xingyiquan. Mr. Price trains with several nationally and internationally known instructors in the traditional martial arts of Karatedo, Kobudo, Ju-Jutsu, Judo, Chin-Na, Kyusho-Jutsu, Aikido, Wing Chun, Xingyiquan, Baguazhang, Taijiquan & Qigong.

Troy J. Price conducts seminars nationally and in Europe and in 2004 he was awarded a international instructor’s license to teach Martial Arts worldwide. He has traveled and trained throughout the United States, Europe, Mainland China, Hong Kong and Southeast Asia. He presently serves as Director of the Shuri-Te Bujutsu-Kai and the Secretary General for the International Shuri-Te Yudansha-Kai.

Troy Price is a former member of the USA Karate Federation National Team Pool. He was a member of the first national kata team and second national kumite team to train at the USA Olympic Training Center in Colorado Springs, Colorado. He has competed and medaled in many regional, national and international championships, including placing second at the 1985 United States Karate Association (USKA) World Championships.